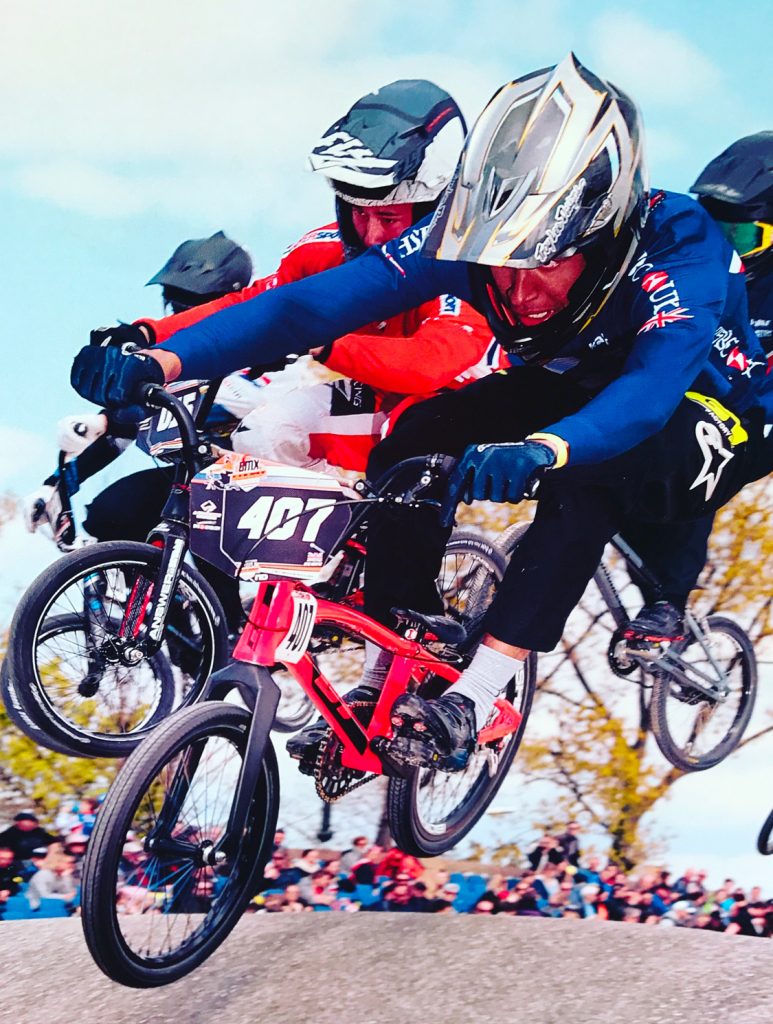 Peckham BMX Club London began in 2004 when radio Dj and Tv Presenter and entrepreneur Ck Flash was approached by Southwark Council and Edwards bike shop in London to take on the challenge of clearing a patch of wasteground on Naylor Road Peckham. After some back breaking work and opening with just 4 kids the club was born, & grew to becoming the Number 1 Club in the UK in 2008.

It’s produced world champions men and women podium top 3 and sent over eight riders which is 70% of the British cycling team, an incredible achievement in such a short space of time and one that bears testament to the clubs mentality.

The New full size track opened on August 16th 2013 in Burgess Park in South London and all are welcome to come down and test it out. There will be taster sessions for kids and adults throughout the day and prominent local speakers in attendance that come to the club to talk to the kids.

Ck has been in BMX for over 30 years & trained with the best in the business including working with some of the best coaches in the world from the Uk France and USA, so he pretty experience in training as a club coach or with individuals. And focus on the full package – training hard ,nutrition and mental preparation along with the being a professional at Bmx.

Here some of the young people he train with Nigel Whyte (Tre & Kye Whytes Dad) who are on Team GB & has been on the British cycling programme since he was running the training for British cycling talent team in London in 2006.

The Peckham elite riders stayed in California for training this year and stayed with Jason Richardson A few of the top Pros in the world. Im looking for them to train in CA America for a period of time so they can train and race back and forth from America and England

Our current sponsors are GT bicycles and a bike shop (Edwards cycle) in England that I am involved with, so getting us to distribute your Products would work as we could distribute to other bike shops from our shop and store them as well as selling them from our shop. Our location is central London but our other distributors are outside of London.

We are one of the main club for Bmx and produced a movie called 1Way Up and was distributed worldwide and featured on MTV, Netflix and iTunes The rating of 6.7 .The film is well known with Bmxers all over the world.

Take a look at the trailer

Peckham BMX are now the subject of a 3D documentary 1 Way Up produced by Oscar Winners Shine Global in New York and shows the clubs struggles as it follows two top riders Tre Whyte and Quillan Isidore to the World Championships.

Let me know your thoughts, this is a great opportunity , Peckham riders are hot at the moment and we are a great advocate of advertising your brand.

Peckham BMX is urgently seeking help with fundraising. CK Flash issued a call to action “We are urgently trying to raise £600.000 for our new Club House & skate park we have £2 million funding already from SOUTHWARK COUNCIL and CK added “We have a great support team of coaches and parents who are only to happy to give up their time to help but we need the help of these donations to give all our kids a chance.

1 Way Up: The Story of Peckham BMX

On a spit of land between two tower blocks controlled by rival gangs is a tiny dirt track that defies the conventional image of Peckham, London, an epicenter of the 2011 riots. This is the site of the Peckham BMX club